Pascal Pinaud was born in 1964 in Toulouse. He studied at the Villa Arson in Nice where he is still teaching. He is an artist who, working from Nice, creates a fascinating artwork involving dialogues between abstraction, representation and the figure. Since more than twenty-five years, Pascal Pinaud reinvents the abstract art in ceaseless research of new ways. Using certain manufactured every-day articles and familiar elements, he takes them or rather involves them in an abstract vision that changes their nature, by creating dense moments of painting, drawing and sculpture. The artist is an inveterate collector of items of lost property and heterogeneous materials - printed fabrics, stickers, beans of “galette des rois”, carpets, wipes of washing machine. Pascal Pinaud uses also practices so diverse as the marquetry, the pattern (canevas), the paintshop (peinture de carrosserie), the computer-aided design and other experimental procedures. Sometimes, he delegates to thirds the realization of certain works of embroidery (broderie), body (carrosserie), sewing (couture), and ironworks (ferronnerie). With those interferences between the art world and the industry world he wants to give another life to a medium that would be condemned. Is will is to play this heroic and tragic vision to multiply without reserve the forms, to blur the models and the critical prejudices. The various mediums are for him a pretext to juggle between registers, times and cultures. No without irony, humor and affection for the objects, which he manipulates, Pascal Pinaud opens a wide field of interpretations and readings, in most great pleasure of the regardeur. Through his process of creation, he elaborated like a serial painter more than thirty series… Fed by the use of the ready-made assisted of Duchamp and by a game of references to numerous pictorial practices, his work develops in various series, identified by the used mediums or by the subjects of research such as the Accidents, the Vandalisms, the Semences, the Patères… Pascal Pinaud’s works prove that, after Yves Klein, Arman and César, the vitality of the creators from the Côte d’Azur continues to be present. 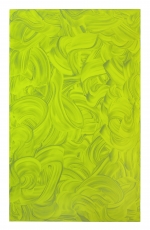 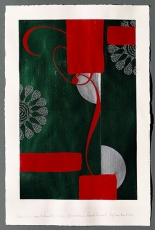 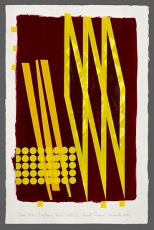 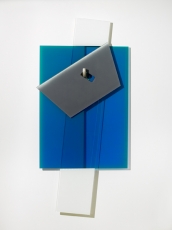 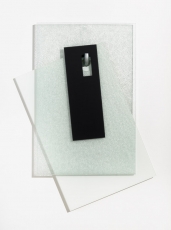 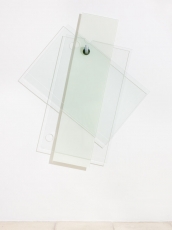 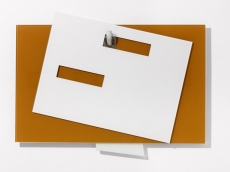 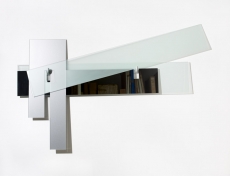